You are here: Home / Wordpress / Choosing The Best WordPress Hosting


OK, let’s get it out of the way now that there is no OFFICIAL WordPress host. And what constitutes as the “best” is truthfully a matter of opinion for the most part. And of course, when there is no desire to have your own hosting space and a self-hosted blog, WordPress.com would be the official place to start a free hosted WordPress blog, albeit with limitations not present with a self-install. 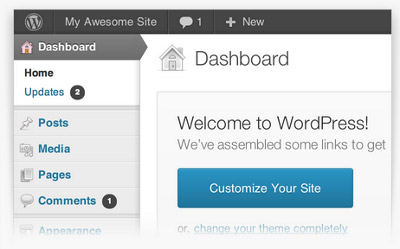 Does WordPress Qualify as a Hosting Type?

There are many types of hosting that exist but I wouldn’t necessarily agree that “WordPress” is considered a “type.” When picking a type of hosting for a WordPress web site installation there are a couple of things to consider, but in general, I’m here to tell you, a price comparison is most often enough to go on.

I have installed WordPress more times than I can remember for myself and clients and have used many many hosts and when it’s all said and done, as the site “does its thing,” I often forget the host it is on. It’s almost a transparent part of the process.

Granted, there have been subtle differences. For example, when comparing GoDaddy with HostGator there have been noticeable differences in speed using FTP (when uploading and downloading files to and from the server) on comparable hosting packages. And the user interface between the two companies is significantly different. HostGator is standard, while GoDaddy is proprietary.

Is a Dedicated Server Necessary?

Shared hosting is the solution in most cases though when setting up WordPress. While it is advertised as “unlimited” there are limitations, but these are limitations that are not often reached with a typical WordPress install.

If there is a lot of traffic and a lot of revenue as a result, upping to a dedicated server at some point wouldn’t be a bad idea, and may be a necessary one. And when you find a qualified person, moving a WordPress site from one server to another is often a simple, safe, and quick procedure.

What About Managed WordPress Hosting?

Managed WordPress hosts take some of the work out of the management of the site for you. Arguably though, some of these tasks can be automated with the right plugins anyways. However, when it comes to some advanced speed and security topics, some experts argue that WordPress is not “on the level” by default. With managed hosting, the package often includes enhancements for speed and security out of the gate.

And some of the features that improve speed, like spreading static files across a content delivery network often costs money, but are usually included in a managed hosting package. But, when you break down the price, you are often still paying much more than necessary for managed WordPress hosting.

In my opinion, what might be a better use of resources is to take a list of all the features of a managed WordPress host and implement them yourself, or pay to have them implemented. And for all of the default automated tasks, find ways to get them automated for your WordPress sites, and you will find that most can be done at no charge with some freely available plugins or server features.

The cost of managed WordPress hosting is often ten times that of standard WordPress hosting. I think it is more of a “perceived” value, rather than a “real” value that drives up the price. And a lot of times you need permission to do certain things, like install custom plugins.

WordPress doesn’t require much from a server in order to run smoothly. While it is meant to run in the Linux environment because the source code is in PHP, it is even flexible enough to run in a Windows environment. With that said, from a management, extensibility and upgrade perspective, running on Windows can be a nightmare.

When the option is there, always choose Linux over Windows when looking at the Operating System for the web hosting server. The “standard” or “default” server will be Linux so it probably won’t be a decision you need to make very often anyway.

As for WordPress plugin system requirements, some of the more advanced WordPress plugins might require certain features to be “turned on” on the server. And they may be features that are not allowed on a shared server, therefore you may run into some slight limitations, but this is rare.

All WordPress really needs to run the latest version (Version 3.5.1 as of this writing) is PHP version 5.2.4 or greater and MySQL version 5.0 or greater. It used to be that PHP 4.3 and MySQL 4.1.2 were enough but that has changed since WordPress 3.2.

As for the server, WordPress recommends Apache or Nginx. Apache is the most commonly available server software used, but some argue that Nginx is better in how it handles server requests.

The mod_rewrite Apache module is also required, and suPHP is recommended to be used on the server for better security but is not required.

What is the Best Host for WordPress?