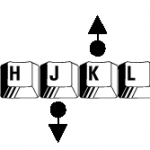 The UNIX vi commands listed on this page which handles navigation, cursor movement, searching, editing, inserting text, using auto-complete, cut copy and paste operations etc in vi are useful for taking advantage of the UNIX vi editor. vi (Visual Editor) is the default editor that comes with the … END_OF_DOCUMENT_TOKEN_TO_BE_REPLACED

This list of useful and frequently used UNIX commands is a good reference for someone who is new to UNIX/LINUX Operating System. The most commonly used and basic Unix commands and what they do are listed below. Use the “man” command to find the usage and details of any particular command e.g. … END_OF_DOCUMENT_TOKEN_TO_BE_REPLACED