You are here: Home / News / What’s New in the Upcoming WordPress 3.3 Release?


The new and improved edition of WordPress will be version 3.3 which is due for official release in November and it contains some exciting new features and improvements.

In this post we will highlight some of these changes.

The admin bar has been refined but it now also appears as part of the dashboard section too.

This improved version has had some re-arranged items and it also contains new menu items such as the WordPress logo in the top left corner. When you hover over it it reveals some useful links such as an “About WordPress” and also links to the WordPress site, documentation, and support forum.

Some elements in the previous version of the menu bar have been merged such as the Dashboard and Appearance which are now both combined into one menu item which has a label bearing your site’s name.

The menus on the sidebar have also changed and most if not all of the menu changes are actually only CSS3 implementations. For instance in previous versions the sidebar menu items utilized a click-to-expand format.
Now each component within the sidebar menu contains a neat fly-out menu which appears when hovering over it with the mouse. This was something you would see in previous WordPress versions when the sidebar menu was in the collapsed state but now it is also part of the main menu state.

The fly-out menus greatly reduce the number of clicks a user needs to make in order to locate an item and they also improve screen real-estate. For instance someone might have 30 plugins installed and each plugin might have its own settings menu in the side-bar. In previous WordPress versions you would ordinarily need to scroll down the page get to one of plugin settings menus, but with this improvement the sidebar is a lot more compact and easily navigable.

Having said that the old functionality still applies. That is, you can still expand menu items vertically when clicking on them. See the picture below to see examples of both formats. 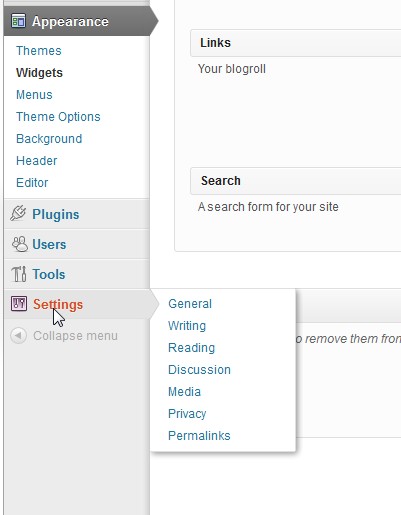 Continuing from the above point, another neat feature resulting from the changes made to the admin side-bar menu is that it is now more responsive and adaptable to screen size changes.

The side-bar menu will automatically collapse if required – such as when you re-size the browser window to a small size. This greatly maximizes screen real-estate and also makes navigation easier. (see the example image)

Such an enhancement is very handy for tablets or other mobile devices especially when the user changes the orientation of the screen. 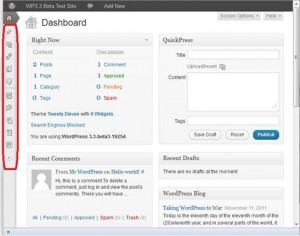 The help menu has also changed and as a result screen real-estate has also been maximized. Previously when you clicked “Help” from the admin panel you got a wall of text which was not very well organized and helpful.

The improved help menu appears in an economically sized section at the top of your screen and the items are well positioned into tabs which are easy to read and navigate.

This is also great news for developers because this functionality is fully customizable. For instance developers can create their own help menu using these cool tabs to display helpful information regarding a plugin.

The permalink menu has been slightly changed and now the “postname” permalink structure also appears as a standard selectable option.

In previous versions of WordPress the postname permalink method was considered a custom structure. It also never really worked very well because this structure bloated the database for cases when there was a large number of posts or pages. As a consequence it also had a negative effect on performance. In WordPress 3.3 this has been resolved and has resulted in improved performance 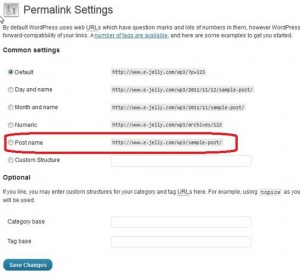 The multi-media uploader facility has been greatly enhanced in 3.3.

For instance the uploader now features a drag-drop capability where you can select an image or other multi-media file from your desktop using your mouse and then drag and drop it into the uploader box instead of using the “Select Files” button and then navigating to the file.

This new feature utilises HTML5 Silverlight but the uploader can also still use Flash depending on whatever is available.

In addition, the four media icons in the edit post/page have now all been combined into one which greatly reduces confusion. 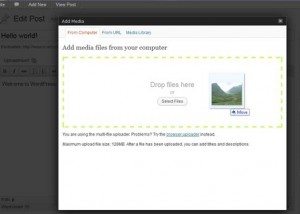 Some Not-So Obvious Improvements Under the Hood

WordPress 3.3 also features a new and improved meta API which has now been enhanced to better cater for developers who work with meta-data related to posts, users, comments or other elements. These changes will make it easier in the way developers manipulate, save and sanitize their meta-data.

A lot of the editor components have been re-written into completely new APIs.
For instance there is a new JavaScript API for the quick-tags and a new PHP API for the editor in general. These new APIs will make it easier for developers to incorporate their plugin’s functionality into the WordPress editor interface.
The new enhancements also enable developers to do some cool things such as allowing multiple instances of the editor on a page which was always a problem in previous WordPress versions.

As mentioned earlier, previously there were performance penalties which people paid when using a custom permalink structure such as the postname permalink due to the sheer number of redirects and requests to the database.

This version of WordPress has greatly improved in its performance due to the internal changes in the way pretty permalinks are now implemented.

WordPress has been updated with the latest jQuery UI in core. At the time of writing this article the jQuery UI version which has been added to core is 1.8.16.

So as you can see, WordPress 3.3 offers some really amazing improvements for users and developers alike. This new version will undoubtedly continue to maintain WordPress’ dominance as one of the most superior and flexible content management systems available today.