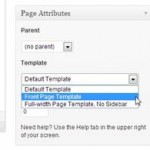 The official release of WordPress version 3.5 is coming in December 2012 and we've had a chance to take a sneak peek and have a quick play around with the WP 3.5 beta 1 version. The WordPress developers have made something like over several hundred changes and most of them are under the hood or … END_OF_DOCUMENT_TOKEN_TO_BE_REPLACED 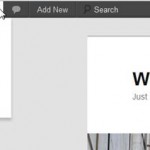 The new and improved edition of WordPress will be version 3.3 which is due for official release in November and it contains some exciting new features and improvements. In this post we will highlight some of these changes. Cosmetic Improvements 1. Refined Admin Menu bar The admin bar has been … END_OF_DOCUMENT_TOKEN_TO_BE_REPLACED 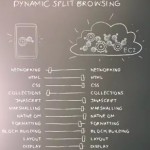 A Cloud With a Silk Lining & The Kindle Fire

When Amazon launched the Kindle Fire recently you could be excused if your initial thoughts were whether we really need another mobile tablet device on the market. However, when the features and capabilities were revealed it quickly became apparent that this is not just another tablet device akin … END_OF_DOCUMENT_TOKEN_TO_BE_REPLACED 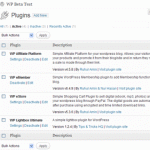 Important Things You Should Know About the Upcoming WordPress 3.2 Release

This is a quick update for the users of the WP eMember plugin. WordPress 3.1 has been released! A lot of new features were added in this release. It also tightened some security stuff so it is a good idea to look into upgrading to this version as soon as you can. WordPress 3.1 changed some … END_OF_DOCUMENT_TOKEN_TO_BE_REPLACED