A Cloud With a Silk Lining & The Kindle Fire

You are here: Home / News / A Cloud With a Silk Lining & The Kindle Fire


When Amazon launched the Kindle Fire recently you could be excused if your initial thoughts were whether we really need another mobile tablet device on the market.

However, when the features and capabilities were revealed it quickly became apparent that this is not just another tablet device akin to the very popular iPad or the other alternatives such as the Samsung Galaxy Tablet. 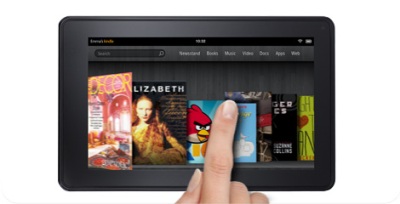 The Kindle Fire has something within its browsing capabilities which the other tablets don’t have by default. I’m referring specifically to the new web browser by Amazon, called Silk.

The Silk web browser differs from most of the standard browsers in one major aspect – Silk exploits the cloud computing concept by leveraging most of the grunt and processing capabilities off the Amazon Web Services (AWS) Cloud.

This means that instead of performing all of the processing on-board to display web content, the Kindle browser leaves most of that task to the Amazon servers which live in its cloud network. Hence, given today’s sophisticated and large amounts of web data, the cloud model offers huge benefits in performance and delivery.

(Note: This cloud architecture is not unique to the Silk browser and has actually already been done before. Opera was the first browser to employ a similar approach and their browser can be installed on mobile devices such as the iPad.)

Amazon has a massive infrastructure of servers in its cloud and the fundamental part of this cloud is made up of entities known as the Amazon Elastic Compute Cloud or EC2.

The definition of an EC2 as quoted directly from Amazon is:

“Amazon Elastic Compute Cloud (Amazon EC2) is a web service that provides resizable compute capacity in the cloud. It is designed to make web-scale computing easier for developers.”

In other words EC2s are like powerful virtual servers and they can run various operating systems such as Linux/UNIX or Windows. There are countless of these EC2 web server instances running on the Amazon cloud which is supported by the many Amazon data centers around the globe.

Each EC2 server instance has 8-core processors and 68GB of RAM and these servers all reside in a fast (and vast) optical network. The EC2 servers do most of the time consuming processing required to browse the increasingly sophisticated content on the Internet. As a result they dramatically improve the performance of the Silk browser and the time it takes to load a page.

So getting back to the cloud computing concept, the Silk browser allows for much faster processing of web pages because it uses a “dynamic split browsing” architecture. As part of this architecture, the Silk browser and all of the components and subsystems needed for browsing and communications with web servers are installed on both the Kindle Fire and the EC2 servers. 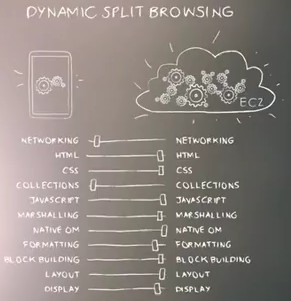 Therefore this “split browsing” setup allows the EC2 cloud to take care of most of the handshaking, caching and retrieval of files needed to display a web page.

So thanks to the off-board processing by the EC2, mobile devices such as the Kindle Fire can provide a rich browsing experience for the user with relatively little firepower as far as the device hardware is concerned. Such optimal browsing was usually something which would normally have been reserved for big powerful desktop computers.

The Silk browser is also capable of observing browsing behavior by remembering commonly accessed pages by the user to speed up the web surfing experience. For instance if you frequently read your news at a particular site and then always go to the weather page after you’ve finished, the Silk subsystems running on the EC2 servers will pre-load the weather pages and associated files, thus enhancing the content delivery.

So will this split browsing and cloud architecture be particularly beneficial for people who own blogs?

Yes it will, especially if you have a blog site which is jam packed with large amounts of flashy content such as images and video which will make it even more beneficial. This is because the inherent features of the Amazon EC2 cloud include things such as image compression, advanced caching and predictive rendering amongst other qualities. Thus, your blog will already be largely optimized by the cloud so that it can be rendered properly on mobile devices such as the Kindle Fire or other similar products which may arise in the future.

With the mobile device sector growing rapidly it is no surprise that Amazon has utilized the cloud computing concept in their browser given that they are already big players with their Amazon Web Services (AWS) and Simple Storage Service (Amazon S3). Embracing such cloud technologies or something similar will also likely continue by all the market players not just Amazon.

So as owners of blogs and online businesses, we can thus expect that the forecast for the future of the Internet climate will most probably include plenty of clouds.