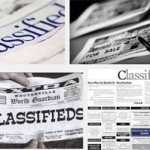 I have an idea that I have been brewing around in my head for some time and it just came to completion in the later stages of my sleep this morning. It's a strange thing but that's how things come to me, often during sleep. If I had the appropriate staff I would implement this myself, but since I do … END_OF_DOCUMENT_TOKEN_TO_BE_REPLACED

Tips to Increase Creativity and Productivity for Online Success

The Internet and the way people do business and communicate with each other has immensely shattered the traditional notions of employment and how information and knowledge is disseminated, shared and absorbed. Not much more than 10 years ago it was a universally accepted truth for most people … END_OF_DOCUMENT_TOKEN_TO_BE_REPLACED

6 Tips to Help Ignite Your Creativity and Increase Your Success

When it comes to achieving success on the Internet or anything in life for that matter, it probably isn’t a secret that having some capacity of creative spark or talent can increase your chances of attaining your goals. But what makes some people more creative and successful than others? Is … END_OF_DOCUMENT_TOKEN_TO_BE_REPLACED